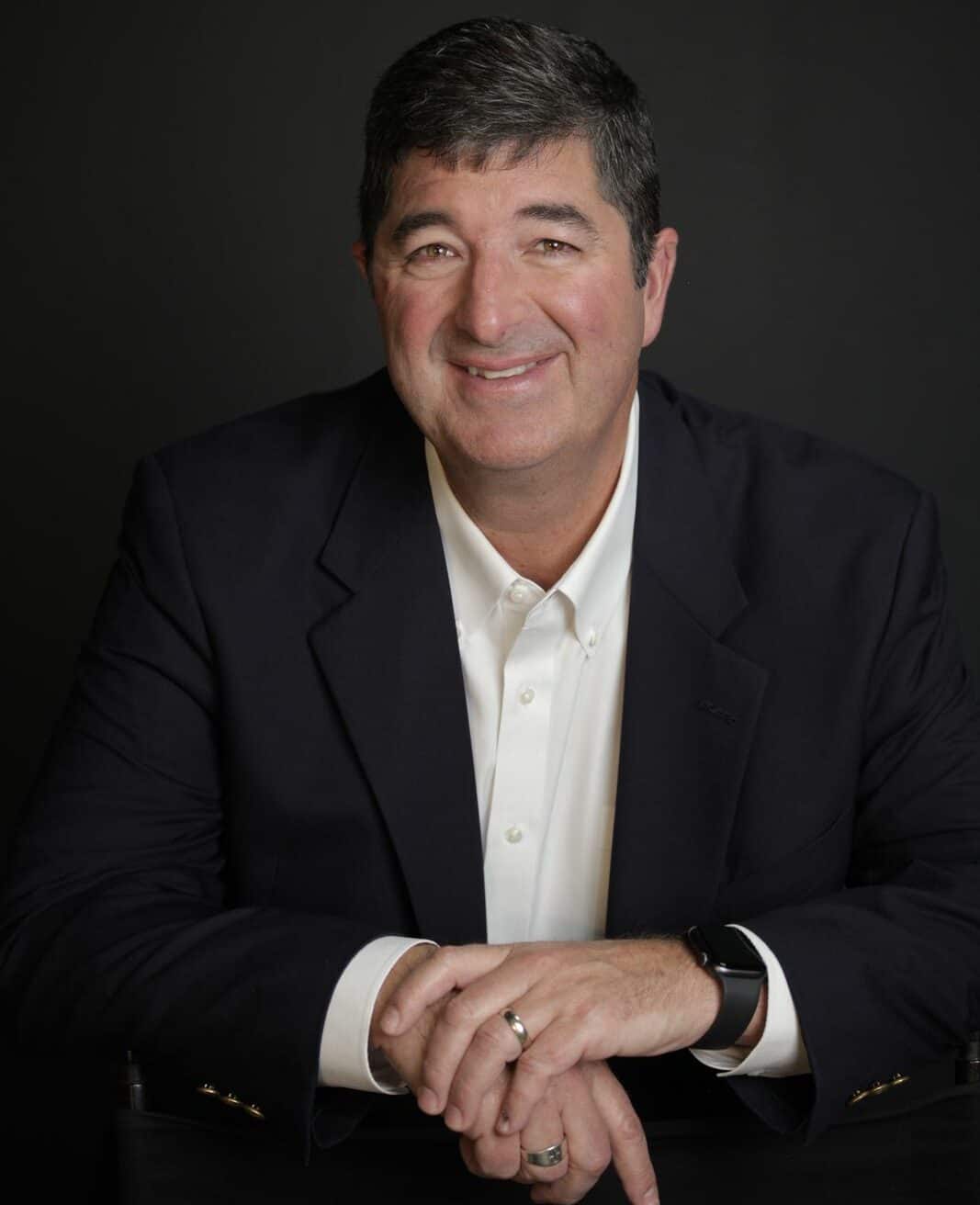 Clint Harrington is a Christian, husband, father, and the founder of FinD. Clint also serves as Director, Global Asset Management for Digital Realty (NYSE: DLR) over its U.S. Central Region. He is married to Amy Harrington, father to Hank and Hannah, and stepfather to Robby, Scotty and Molly. Clint is an active member of Memorial Drive Presbyterian Church where he currently serves on the Men’s Ministry team having previously served on the Senior Pastor Nominating Committee (sourcing Alf Halvorson) and as the Men’s Ministry Elder. In addition, he has either formed, served as speaker, or participated as a team member for MDPC DADS, Men’s Life, Next Steps, MDPC Men’s Retreat, CBGR, Dad’s Campout and Tailgate, and Men’s Core Leadership Team. He is one of the rotating teachers for Daily Bread, his adult Sunday School class. After growing up in Dallas, Texas, he earned a B.A., in Political Sociology, from UCLA and an M.B.A., in Marketing and Real Estate Finance, from Texas A&M. Clint enjoys watching Texas Aggie or UCLA Bruin sports, fishing, hunting and spending time with Amy and the kids. 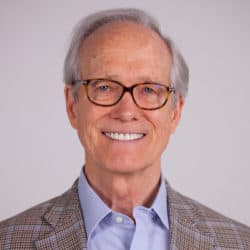 Peter Forbes joined the FinD Board of Directors in July 2018. He serves on the Advisory Board of Loving Houston, a ministry dedicated to advancing community transformation in Greater Houston by helping churches partner with local schools, serving as Chairman from 2015 to 2017. Peter is a Board member of CanCare, a ministry dedicated to making sure no-one has to go through cancer alone, and he is President Emeritus of National Christian Foundation Houston (NCFH). Peter serves on the Advisory Board of Houston Responds that exists to unite, empower and mobilize churches to respond to disaster and expedite recovery. Peter was the founding President of NCFH in 2007 and served in that capacity until 2014. Prior to that, he was Director of Fundraising for CityFest Houston with Luis Palau, an evangelistic festival that attracted 225,000 people. Peter immigrated to Houston from Edinburgh, Scotland, in 1975 and spent the first 28 years in business as a Financial and General Executive with both private and public companies. He is a graduate of Edinburgh University, a Scottish Chartered Accountant and was a participant in the Advanced Management Program at Harvard University. He is passionate about discipleship, reuniting the Body of Christ in Houston and encouraging others to reach for and achieve their full potential in Christ. Peter worships at Chapelwood United Methodist Church, and is married to Barbara and has three children and three grandchildren. 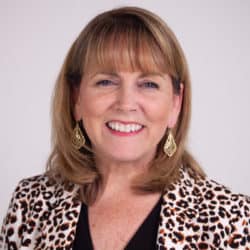 In 2021 Sandy joined the team of Pre-Born!, a national ministry dedicated to saving the lives of unborn babies and compassionately sharing the life-changing truth of the Gospel with their mothers. She is serving as the Executive Director for Project Arrow-Houston, an initiative launched by Pre-Born! to reach abortion-determined and abortion-vulnerable women. From 2006-2020, Sandy served as CEO for The WorkFaith Connection, helping Houston’s most disadvantaged job seekers find employment and move towards spiritual, relational, and financial stability once employment was obtained. On a national level, she was recognized by the Manhattan Institute in 2011 as a Social Entrepreneur of the Year and by WORLD Magazine as the 2012 national winner of the Hope Award for Effective Compassion. A graduate of the University of Houston and formerly a CPA, Sandy spent 13 years as the president of a privately held for-profit company that employed 120 people before successfully selling the business in 2000. She has been married to Scott for 39 years, has two children and two grandchildren. Sandy’s journey with the Lord has been marked with seasons that invited her to lean into Him and trust His goodness in all circumstances. These seasons have birthed the fruit of transparent, humble surrender and shown her how to rest in our Father's peace and presence. 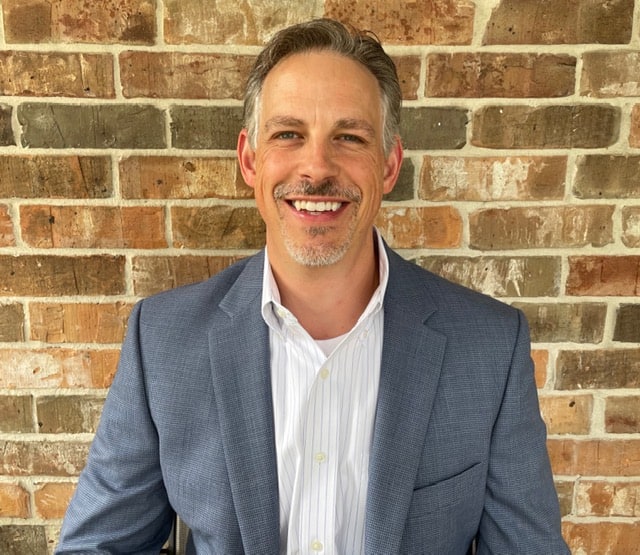 Jason Barrett is a grateful father of two daughters, Addi and Elaina, and husband to Mandi (to whom he has been married for over 20 years). Jason and his family worship at Memorial Drive Presbyterian Church where he enjoys volunteering with the high school youth ministry. He also serves as President and a member of the Board of Directors of Home Encouragement Ministries, a non-profit, faith-based marriage ministry, and participates in a men’s small group Bible Study (BOSS – Brothers of Scripture Study) formed in 2014 through FinD. Professionally, Jason works as corporate legal counsel in the oil and gas industry specializing in employment and labor law and data privacy compliance. Prior to completing law school at the University of Houston, he attended Ole Miss (where he met Mandi) and earned a B.A. in Psychology. For fun, likes date nights with Mandi and his daughters, participates in a men’s boot camp, watches college football and basketball and is a lifelong Rockets, Astros and Oilers/Texans fan.

Stephen D. Simonich, MD originally became involved in FinD after his small group, the GAIMers (God Alone Is Mercy) was established in 2015 and then adopted into FinD shortly thereafter. When FinD developed a Discipleship Council, he eagerly agreed to become the representative from his group. Soon after joining the Discipleship Council, he was impressed with the FinD goal of promoting one of it’s core missions of fostering fellowship toward discipleship by developing volunteerism and helping others – in a sense using active theology to encourage social endeavors and moving from the classroom to the street. He is an active member of St. John Vianney Catholic Church and proud father to Caroline, Luke, and Anna. He is married to Jeanie Simonich, a native Houstonian, and loves being around his family. After graduating from Klein High School, he attended the University of Notre Dame where he majored in Biology and Theology. He then attended medical school at the University of Texas Medical Branch in Galveston. Following medical school, he completed an orthopaedic surgery residency at the University of Florida in Gainesville. It was there that he developed an interest in sports medicine and completed a prestigious fellowship at the Southern California Orthopaedic Institute. Currently, he is an Assistant Professor at the University of Texas Houston McGovern Medical School, practicing on the West side of Houston. Ultimately, Steve sees FinD as a great example of the Body of Christ, inspiring its members to grow into more loving friends, brothers, sisters, sons, and fathers.
Key Links
AboutGroupsEvents